Growing up military is a challenging lifestyle for a kid, especially when you're an only-lonely.  When I finally got a sibling at age 8, I declared he was mine and promptly quit the third grade.  No seriously.  I would fake illnesses.  I even claimed some kid's playground vomiting incident was mine just so I could go home to my baby brother.  There was a dicey moment in the school nurses office when she began to wonder why two kids were puking on the playground, but I stuck to my story.  I had no shame.  I fed him, changed his diapers, bathed him... he was way better than any doll.  I was feeding him when he had his first seizure and cried when the ambulance took him away.  Forevermore, I had a best buddy by my side whenever Dad got orders to a new base.  We played, we fought and we crept into the living room at 4 am every Christmas to gawk at our presents until it was a decent time to wake up our folks.  When I moved into my first apartment, he would spend the night which was a novelty for him, a fifth grader at the time.  Later, he would hold my hand as we walked into the hospital after learning that Dad was in surgery after a major heart attack.

He's always been the baby and I've always been the big sis who looked after him.  But somewhere along the line he grew up and fell for a girl with golden hair and a sweet smile, and they made a home.

And now they've made a baby.

I'll be 40 next year!  I thought this would never happen for me, err, them... I mean them!  Suffice it to say that I'm elated.  The last time that I had a baby boy to welcome into my family was when my brother was born.  And I'll care for this little boy just like I cared for Rory, and my girls will play with him and fight with him and love him as a brother. 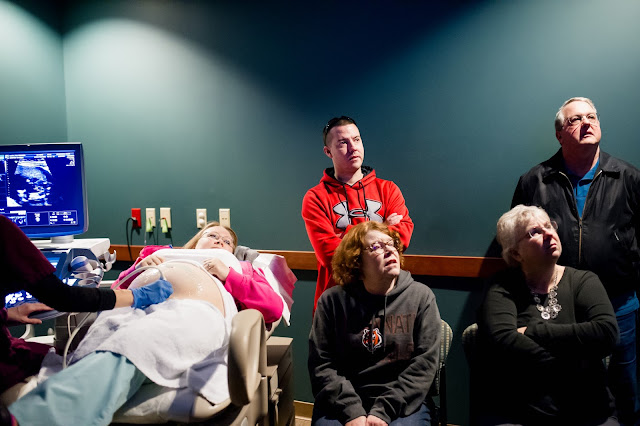 They haven't figured out what I can see over on that monitor.  Look close! 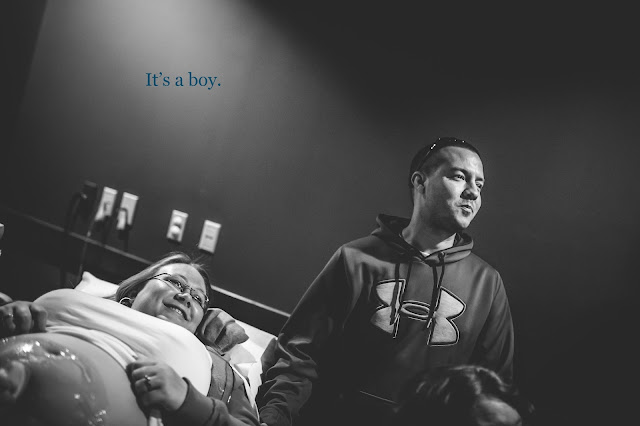 You can share in our joy with this video.